As a nocturnal being, waking up early in the morning can be epiphanic, particularly when you wake up naturally, unplanned, and refreshed. The visual and sensory experiences that greet you are those that elude you during the rest of the day, and night; almost being revelatory.


To begin with, you realise that there is nothing to beat that ever-so-slight early morning cool breeze. No fan or gusts from air-conditioners, or even the much-favoured sea breezes match the poetic quality of the zephyr at dawn. To take it further, early mornings bring you closer to nature, especially when you are living in a bustling city. Firstly, this serene period before the onset of noisy vehicles and traffic affords you the sounds of birds and squirrels that are hardly perceptible otherwise. This is also the time you can catch hold the sight of the dwindling population of sparrows. With not much activity on the streets, my vision is drawn to the trees in the vicinity, and for the first time in my seven-month stay in this apartment, I notice the presence of Coconut trees, Pine, a Mango tree, a Neem tree, and some Golden Shower Trees (Cassia fistula). There is also a tree species which I had seen from the window of my hotel room in Port Blair. I also spy a bird’s nest in the fig (Peepal) tree across the window, and lo! A kingfisher poised on the cable running between my building and the one opposite.

Being early, you are also granted the spectacular sight of the passing flights of migratory birds. And once they pass, you also become aware of the antics of your not-so-exotic local neighbourhood pigeons, who also present a commendable show of group flight over the tops of buildings.
Yet, one of the fortunate spectacles is being able to catch the first rays of the rising sun, and more importantly, knowing the exact spot it rises from. This gave me a first – the sight of the pristine white building opposite me glowing in the halo of the sun-beams behind it; whereas otherwise I have always had to keep my curtains drawn due to the exorbitant brightness caused by the sun shining directly upon it. Seeing the tops of buildings gilt-edged with the golden hues is also rewarding.

Coming to the more human level, it is interesting to observe the common breed of joggers. But what arouses the interest is the vast difference among them. A couple where only the wife is attired in the proper gear of walking shoes, yoga pants and sweat bands; while the husband trudges along in flip-flops and trousers. The solitary dude rolls smoothly showing off his sculpted biceps and calf-muscles; while another hobbles huffing and panting under the burden he is trying to reduce. A slim-figured belle with her music strapped on, as her high pony-tail swings in pace with her measured trot, looking right out of some commercial for a health drink. The bloke with a dog tugging along in front of him, but is more interested in his phablet; it is hard to understand who is walking the other. The three wise men dressed alike in white t-shirts and black trousers discuss the performance of the yellow and blue jerseys at the IPL match last night; while a squad of tiny footballers in red jerseys troops into the playground and begin their warm-up.

Early mornings also reveal the secret elves – who get your work done while magically remaining unseen. So now I know the lanky boy with the roll of newspapers under his arm; the topi-wallah silently dropping milk-sachets from door to door; the car-washer who leaves your automobile sparkling for you; and the faceless sweepers paving the way for the day’s pedestrian rush.
The next to hit the senses are the aromas of freshly-brewed teas from the thele walla chai-wallah that are so full of life and invigorating, as opposed to the sanitised synthetic salubriousness seen in television commercials. Fragrances of cheap sambar-dosa from the chai-wallah’s neighbouring push-cart, and those wafting from the kitchens of flats next door signal the beginning of the day’s grind.
The honking cars, barking dogs, exhaust fumes, and the intensifying sun awaken me from this beautiful early morning stupor, for it is not ‘early’ any more. Who says you forget to blink only while sitting in front of computer screens; ask me as I’ve sat these two hours without batting an eyelid at these early morning discoveries. At the end of it, the personal achievement remains going beyond the mere drawing of curtains as the daybreak enticed me into venturing forth and sitting awhile on the dusty ledge of my window, from where I could drink in these sights and sounds of the early morning bliss.

Book review of Asura - The Tale of the Vanquished

I would like to share with you a book review of (click on the titile -> ) Asura: The Tale of the Vanquished by Anand Neelakantan. The book is authored by Anand Neelakantan, and reviewed by Prasanth Nair. This review was first published in Complete Wellbeing magazine, Volume VIII, Issue No. 2, December 2013. 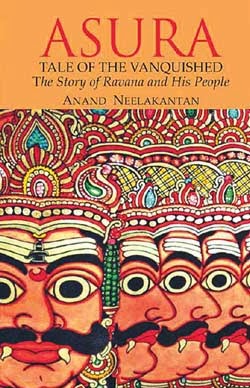 Confessions of a Cat Lover

Confessions of a Cat Lover was written for, and first published in Complete Wellbeing magazine, Volume VIII, Issue No.2, December 2013.

The world is polarised between dog-lovers and cat-lovers. While no one likes to find fault with dogs as they are the eternal symbol of best-friendship; cats, unfortunately, are notoriously victimised by the anti-feline. Just last night; I had a big argument with someone I had just met, endangering our budding friendship. The polemical debate? He, a dog-lover and cat-hater, versus I, a cat-worshipper, indifferent to dogs.

The ardent cat lover that I am, it breaks my heart to see how much these gentle beings are misunderstood and subjected to extreme psychoanalysis. The first words of accusation that spurt out of the professed cat-haters being that cats are emblematic of cunningness, stealth, and deceit! Moreover, there is a strong case for why cats are favoured more by women, as I learned to my horror during the argument. As my otherwise-friendly friend put it, women are like cats – they fake affection to go after a fisherman with their tail perked up, and when they gain their prized piece of fish, they turn their backs, flick their tails and strut away in smugness. The fisherman is forgotten, along with his act of kindness, for now the cat has gotten what she wanted. If you haven’t picked up on the analogy already, he was hinting at the ­­capricious nature of women to enchant unsuspecting ‘innocent’ men, catch them in their nets, and cast them away after satisfying themselves with their own version of fish. I had begun to lose track mid-way of the quarrel as to whether we were defending our respective preferred animals at all.

I therefore have to see myself as this defender of cats—and no, that does not entitle you to call me ‘Cat-Woman’. Though, with the incidental alliteration that my name has with my favourite animal, I am sometimes given the sobriquet of “Catty”. I don’t see why these benign creatures should be seen as anything other than divine manifestations of angel-like serenity and beauty. C’mon, they were deified by the Egyptians!

Other than dissecting cats psychologically, including accusing them of being lazy and selfish, dog-lovers [read cat-haters] have this compulsion of dismissing them as good-for- nothing, unlike dogs [the ferocious hounds score brownie points for their knack of assisting mankind with their intense sense of smell, memory, alertness, loyalty, blah-blah].

Objection, my lords and ladies! How can you afford to shut your eyes to all the cleaning up you have to do running after their poop? As for cats, I doubt there is another creature with such an intrinsic sense of cleanliness. What about all the ruckus dogs create with their incessant barking at the hint of a guest at home, not to forget the street-dogs that either rouse you from your slumber, or never let you sleep at all? Case-in-point: I am constantly asked by bewildered friends when I talk on the phone, what I am doing out on the roads or in my balcony at mid-night; and each time I have to tell them that being in the innermost room of my house on the 4th floor is not sound-proof enough to shut out all the barking coming from the roads.

Cats, on the other hand, are the most peaceful companions for all ages. They radiate a sort of Zen, with their calm demeanour and closed eyes – a picture of pure meditation and tranquillity; you can almost see the halo.

Yes, cats do have a mischievous streak to them! Take the scratches on my arms and legs, for example. I have sometimes noticed the questioning look in strangers’ eyes, wondering if they are signs of domestic abuse. Or when my favourite piece of fried pomfret vanishes into thin air, the second I look away from my plate. Oh, but aren’t these just adorable idiosyncrasies that come along with the package? They bring out the inner strength in me when I face the tirade of censure I receive from my mother when she finds the blanket full of cat-fur, or the freshly mopped floor with little paw-marks of dirt from the garden. Or the hollering I hear from dad when he gets bitten, only because he stepped on mademoiselle’s tail that was so impudently laid right where he placed his foot. Ah, the pleasure of defending my love. Makes a true knight in shining armour out of me, eh?

I must say that a wave of change is now coming. Thanks to Facebook celebrity Grumpy Cat, cats are now being viewed more respectfully, or at least the grumpier versions of them. They are now seen as paragons of sarcasm and in-your-face retorts that I am sure many of you secretly envy them for. They will stand no nonsense, nor bow down to doggish slavery. They are their own masters and command human subservience. The debate of superiority between cats and dogs ends thus-
Dog: Humans feed me, pet me and love me. They must be god.
Cat: Humans feed me, pet me and love me. I must be god! 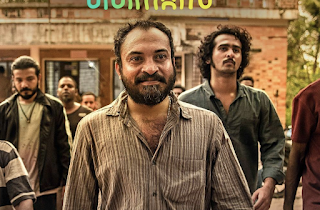